Mental health concerns are a leading cause of workplace absence, and as we see increasing incidents of mental health-related sick days, workplace wellbeing is paramount for both organisational and individual success.

Below I’ve written two real-life stories where bettering the wellbeing of a workplace can have dramatic effects on the individuals and business profitability itself. Hopefully this will inspire you to incorporate a wellness approach into your organisation or team, or take more notice of your own mental health.

Case study one: Michael thought he was fine

Michael* realised he was arguing a lot with his family at home and was becoming increasingly more reactive to situations that probably didn’t warrant it. He wasn’t terribly great at conducting conversations or maintaining relationships with coworkers and this spilled outside of work. Body aches and excessive headaches had also started to culminate: all obvious signs of deep stress that Michael was ignoring.

The thing is, he thought he was actually doing really well and managing his stress levels appropriately and that his behaviour and experiences were quite normal.

But in fact, he was suffering extreme levels of stress. Something he didn’t even comprehend until he connected with a workplace wellbeing expert and he had the opportunity to observe his behaviours.

After one week of dedicated and concentrated awareness on how he was reacting and experiencing situations and noticing stress levels, triggers and emotions as they arose, he started to really notice a difference.

‘After one week of dedicated and concentrated awareness… he started to really notice a difference.’

To mitigate his stress levels and improve his workplace wellbeing and relations, Michael also engaged in visualisations (similar to what athletes do), particularly with conversations, which creates different pathways in the brain. From here he started acting differently, having better discussions and decisions and was significantly calmer everywhere throughout his life, not just in the workplace.

Company owner, Rajiv, was experiencing some staff problems that he’d tried to handle but wasn’t seeing any changes. One of his contract managers, Tom, was displaying bad behaviour whenever things would go wrong.

The thing was, it was abundantly clear that what Tom was saying and the problems that he identified were absolutely correct. And the company valued his hard work and how exceptional he was at his job, so there was no desire to terminate his contract early. Which can often be a case for difficult situations in the workplace— many people are too eager to throw the ‘baby out with the bathwater’ so to speak, rather than experiment with some alternative ways of reaching conflict resolution. Or even taking the time to discover what is really going on, stepping away from the ego and its primal behaviour of flight or fight mode.

After supportive discussions with Tom, the wellness team discovered that actually he felt isolated, alone and that he didn’t belong. And, because the mind seeks to confirm our beliefs (through confirmation bias), would create situations and replicate behaviour to further consolidate that belief. He was very caught up in his story that he was an outsider.

A sense of belonging

To further compound this position, Tom was contracted as part of a large project and he felt like he didn’t fit in with the permanent employees, who had established themselves in the internal culture.

Forbes states that, ‘Employees who do not naturally fit into established corporate norms will often times try to assimilate to those norms – or put themselves “on guard” – in order to avoid potential biases or discrimination.’ This can take considerable effort and energy, which could be better spent on a person’s core duties.

A sense of belonging in the workplace contributes greatly to retention and attraction of high-quality candidates, which leads to better productivity, outcomes, creative solutions and more profit. It can also result in 75 per cent fewer sick days and avoid millions of dollars’ worth of lost productivity.

Fostering this sense of belonging ‘in the workplace makes employees engaged and produce work that is elevated above the ordinary…’.

Once identified, the workplace wellbeing team worked with Tom and Rajiv with proven techniques that involved awareness, cultural changes and compassion and saw rapid improvement within weeks, thanks in part to the commitment of the people involved.

The change was so significant that Rajiv was enthusiastic and hungry to find more ways in which he could change the dynamics to bring out better and better results within his company. The company also extended Tom’s contract when the opportunity became available.

It can be really easy to forget that contract staff are an integral part of your team, even if they are only on staff for a limited time. And it shouldn’t be a last minute or token effort.

‘… there needs to be a culture and allowance for people to connect as human beings. We shouldn’t need bonding or team leadership days to actually connect with our colleagues and make meaningful relationships,’ says Dr Michelle Lim, a loneliness researcher and senior lecturer in clinical psychology at Swinburne University.

Incorporating contract workers as genuinely part of the team and treating them as well as you treat all employees will only promote excellent benefits for the business and wider society as a whole and help contribute to preventing distressing issues such as high suicide rates in the engineering industry.

Can you relate in full or in part to these stories? Improve your wellbeing in your workplace today.
Discover more about our for our contracting professionals.

*We’ve changed these names to provide privacy and protect the identity of these people. 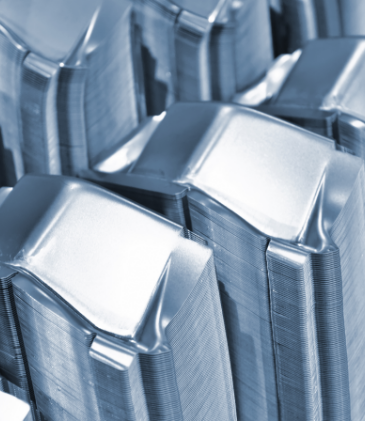 Nukon is joint venture between the world of optimisation and automation. our parent company, SAGE Automation, is a leader in the operations market, while NUKON has fast established an outstanding reputation in the manufacturing data, intelligence andimprovement area.

This meeting of minds means we can now bridge the gaps between the different silos within our client businesses, bringing visibility, unity and breakthrough improvements right across our clients' businesses.

Embedded Expertise is a specialist consultancy that matches high calibre technical expertise with the agile clients who need them - fast.